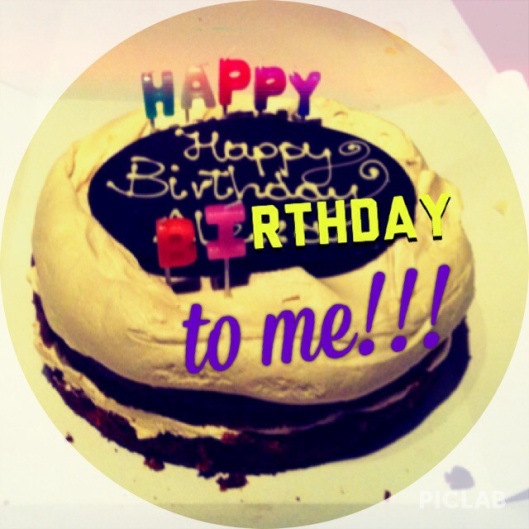 Last Friday was my birthday. I had an awesome birthday party and got to see several friends I hadn’t seen for awhile.

It just so happened that on my birthday the heavens poured down and the tube was a mess, making it a nightmare to get home after work. My dad called me just as I was pushing through the crowd trying to get on the train. I was stressed out because I was going to be late to my own birthday party. He told me to calm down, and said:

People can wait, it’s your birthday.

And with that nugget of wisdom I realized there was nothing I could do, and so I relaxed. In the end I was 45 minutes late. Some of my friends were waiting for me but they understood.

I’m not sharing this so you’ll wish me a belated happy birthday, but rather to say that we all deserve a day that’s all about YOU 🙂 It’s the one day a year you don’t have to make excuses. So go on, be selfish and celebrate your day!

2 thoughts on “Be selfish on your birthday…”